Since 1990, Shirley Shalaby has pioneered educational standards in the art of etiquette and image consulting in Egypt. A graduate of Cairo 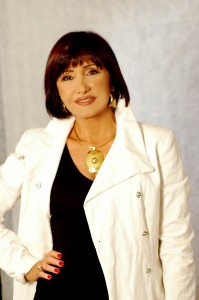 University’s Faculty of Arts in English Literature, she is the author of two books in Arabic and English, the Art of Etiquette (2001) and Beyond Charm (2011) respectively selling in major bookstores and online on Google Play. Shirley has enjoyed a long background in the field of professional modeling and image building in Canada, the USA and the UK, where she used to coach professional men and women as well as models on enhancing their image; including personality, deportment, social grace and personal appearance.

Eager to disseminate these skills in her own country, in 1990 Shirley established “En Vogue”, the very first Modeling and Finishing Institute in the Middle East, in the Egyptian capital of Cairo. Her first signature product was the Professional Modeling and Finishing Program that ran throughout the 90’s and into the 2000’s, whose alumni is among Egypt’s finest – TV personalities, actors and prominent entrepreneurs.

Since then and across the Middle East, Shirley has been able to constantly develop, test and update educational standards, manuals and norms in Corporate Style Advising through her tailored programs to the leading corporate clients. Targeted to a wide background of participants – from middle managers, sales and service personnel, to diplomats and public figures – her seminars have been reported to boost personality development, emotional intelligence and improve overall well-being. 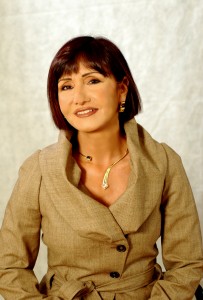 In this regard, she has cooperated with local and multinational organizations, airline companies, as well as diplomatic missions and hospitals in standardizing their image and helping them build a successful corporate representation.

She has also worked with a number of five-star hotels in training their front office personnel, service and administrative employees. Most recently, she coached the staff of the Meridien Cairo Airport in advance of the grand opening in 2013.

Besides conducting her Signature Seminars in private and group settings on the topics of social and business etiquette, image, color and style counseling in corporate and social milieus, prominent ladies in Lebanon, Jordan, Saudi Arabia and the United Arab Emirates have also benefited from her one-on-one workshops.

More than fifteen years ago, Shirley launched the unique “Children’s Modeling and Savoir Faire” program in Egypt, especially designed for children and young teens between 6 and 18 years old. These interactive workshops are held at the En Vogue Center and at select secondary and high schools across Cairo. A great contribution to the development of a child’s personality and communication skills, the program encompasses modeling, deportment, voice attractiveness, conversational skills, social dancing, arts and crafts and table manners over a hot meal. This signature program and its innovative and fun techniques have been introduced by Shirley into Al-Rehab British School since 2012 and New Generation International Schools since 2015 and the Metropolitan School in 2017.

Some of her most recent activities include lecturing in key institutions such as; the Professional Development Program of the Cairo American Chamber of Commerce, the American Management Institute, Amideast, Ein Shams Middle East Research Center, the American University in Cairo, and the Cairo Opera Artistic Creativity Center; which she has done repeatedly over the past ten years. A regular speaker at the AUC Career Fair on First Impression and Job Interviewing Skills, she currently coaches a selective group of Student Ambassadors at the AUC, to develop their Diplomatic Protocol Skills. She also presented her first online course on “Children’s Etiquette and Assertiveness” with
Almentor.net. 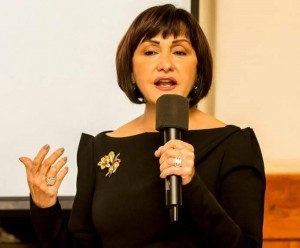 Today, Shirley is a well-known media personality. She is a familiar face on El Mehwar’s “Saa’a Ma’ Sherif”, OTV’s daily programme “Sabahak Sokar Ziyada”, CBC’s “Zayel Shams”, as well as Nile TV’s “Good Morning Egypt” and “Good Evening Egypt”. She has also been a guest on the BBC and Al Jazeera Children’s Channel. In December 2014 she participated in Procter and Gamble’s “Arial and the Art of Hospitality Day” as Etiquette Expert with Dalia El Beheiry and Injy Teymour.

Shirley Shalaby is a recipient of Honorary Awards by the Egyptian Minister of Culture and the American University in Cairo, and an active member of the Federation of Image Professionals International and was nominated as “President of FIPI Egypt Chapter” in September 2017”. She holds several international certificates and awards in the field of beauty development as well as being a Certified Color Adviser, Certified Image Consultant and Corporate Etiquette Adviser. Currently enrolled in a professional fellowship with the Cherie Blair Foundation, Shirley has been invited as a speaker at several international conferences, seminars and events in London, Amman, Tunis, Karachi, Doha and Abu Dhabi.

Finally, she has written several publications, including two books and numerous articles in English, French and Arabic on subjects such as business etiquette, the art of hosting, style for the working woman, image for the corporate world, as well as beauty and social grace.

You may use this form to ask Shirley questions about etiquette, style, and emotional intelligence.

Shirley in the News